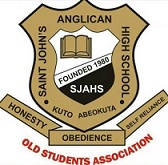 ABEOKUTA – All is set for the 40th Founder’s Day Celebration of St. John’s Anglican High School, Kuto Abeokuta as old students, as well as current students will roll out drums amidst pomp and pageantry to mark four decades of existence of their alma mater.

St. John’s Anglican High School, Abeokuta is a public secondary school established in September 1980 by the then Ogun State Government and with this, the school clocked 40 years in September this year, but due to restriction placed by the government on public gathering as a result of the Covid-19 pandemic, the celebration was postponed to December 12, 2020 and will hold at the school premises, Kuto, Abeokuta, Ogun State by 11:00am prompt.

According to a press release signed by the National Media Officer 2 of the Association, Mr. Bakenne Nureni, the celebration will kick off with a Special Jumat Service on Friday, December 11, 2020 at Ayeni Central Mosque, Kuto, Abeokuta.

As part of the celebrations, according to Bakenne, a lot of activities have been lined up for the epoch-making occasion, which include Commissioning of Projects, Cultural Display and Anniversary Lecture.

The Keynote Address will be delivered by Prince Adeyemi Adefulu MFR which has as its theme: “EDUCATION AS REMEDY TO A DETERIORATING SOCIETY: THE EMERGING ROLE OF THE ALUMNI” under the Chairmanship of Engineer Rauf O. Olaniran.

Moreover, congress of the Alumni as well as induction of new members and sets will also take place on the same day.

The National President of St. John’s Anglican High School Old Students’ Association, Prof. Julius Soyinka in his pre-anniversary Press Conference commended members for their commitment towards the celebrations, which he said, are germane to the growth and development of their alma mater.

“It’s important for us to know that our commitment is critical in moving our school forward. Without St. John’s Anglican High School, Abeokuta, all of us wouldn’t have been where and whom we are today, hence, it is expected of us to give back to the school that moulded us. It is also an avenue for us to showcase our members who have made giant strides in various fields of human endeavours, with positive impact on the society”, he added.

Prof. Soyinka further called on government at all levels to give education priority it deserves as laid down by the UNESCO benchmark for education. More importantly, he drew the attention of the Ogun State government on need to rescue the school from the brink of collapse, especially in the area of structural development and conducive environment for learning.

He added that “both Federal and State governments have legislative jurisdiction and functional responsibilities with respect to education. Hence, data from public education in Nigeria affirms that quality of education is generally low. 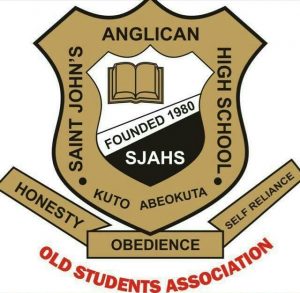 Some of the most recent national examination results indicate disturbingly low achievement levels. These dismal results are indicative of low levels of learning in the nation’s public schools. We, therefore, use the opportunity of this celebration to alert government on the need for greater attention to the public schools in order to rescue the alarming decrease in the quality of education”.

The celebration will be rounded off on Sunday, December 13, 2020 with a Special Church Service at St. John’s Anglican Church, Igbein, Abeokuta by 10:00am.