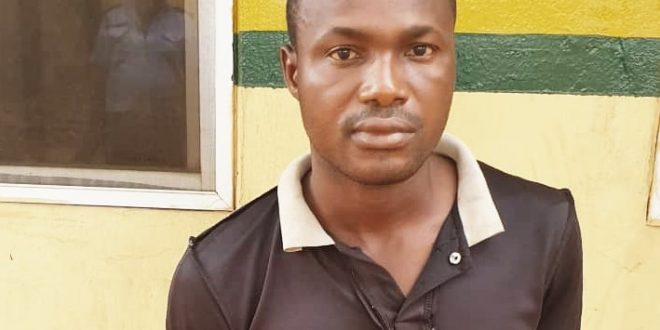 The suspect’s prompt arrest followed a complaint made by her father at Sagamu Police Station that he came back from work in the evening of that day only to discover that the pant of the victim was stained with blood.

A statement by the Command’s Spokesperson, Abimbola Oyeyemi on Tuesday October 8, 2019, stated that the victim explained to her father that it was the man (suspect) who lives in the next building that lured her into his room and sexually abused her.

The statement added that, “the victim, whose mother has separated from the father was left in care of the neighbour in the house who did not know the time when the suspect lured her to his house.” 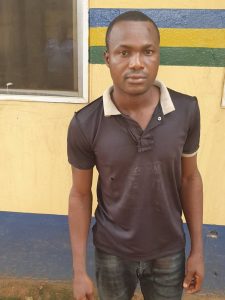 On interrogation, the statement added, “The suspect confessed to committing of the crime. The victim has been taken to the General Hospital for medical treatment.”

Meanwhile the Commissioner of Police, Bashir Makama has ordered the immediate transfer of the suspect to Anti-Human Trafficking and Child Labour Unit of the State Criminal Investigation and Intelligence Department for further investigation and prosecution.