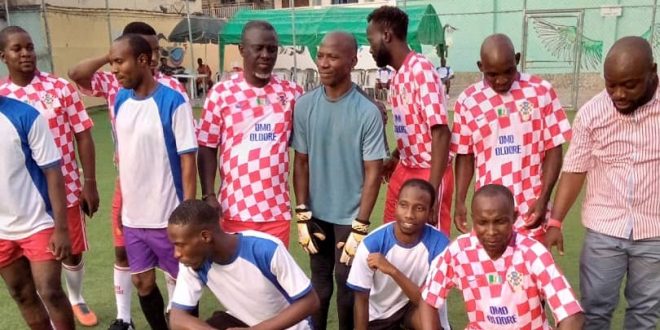 21 Goals Scored On Day One of SWAN Football Event, As Table Tennis Champion Crashes Out.

IBADAN – The opening day for games in this year’s Oyo SWAN week lived to its billing as spectators alikes were treated to exciting moments.

The evening encounter the most intriguing as Splash FM and Agidigbo FM settled for a 3-all in a match rated as the most thrilling of day one while the encounter between Tribune and Kings FM was not different recording another six goals.

Alebiosu-led Tribune side had scored two quick goals in the first half, but kings FM came into the second half more stronger and scored three goals, the match was looking to end that way, but Tribune equalised to put score line at 3-all.

In the matches played in the morning defending Champion BCOS beat Media gang 3-2 while the encounter between 32 FM and Correspondent was one sided affairs as 32 FM scored four unreplied goals.

In Table Tennis reigning Champion in SWAN organised Table Tennis event – Ike Yusuf was knocked out in the first game by Samson Ajayi of FRCN by 3-1, expectedly Raji Adebayo, Sola Oladapo, Paul Alasiri all qualified for the quarter finals of the Table Tennis game.

The event at Lummy’s Turf challenge will continue on Wednesday with eight games lined up for morning and evening section.