Breaking News
Home / HEADLINE / 2023: I Don’t Think Anyone Is More Qualified Than Me To Be Nigeria’s President – Wike 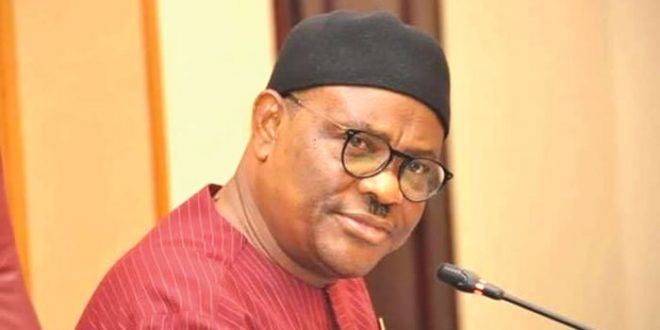 2023: I Don’t Think Anyone Is More Qualified Than Me To Be Nigeria’s President – Wike

Idowu Hamed February 1, 2022 HEADLINE, NEWS, POLITICS Comments Off on 2023: I Don’t Think Anyone Is More Qualified Than Me To Be Nigeria’s President – Wike 31 Views

PORT-HARCOURT – Governor Nyesom Wike of Rivers State has said he doesn’t think anyone is more qualified to become Nigeria’s President other than himself.

Wike, who spoke from Port Harcourt on Tuesday, January 1, 2022, during an interview on Channels Television’s Politics Today, said based on his records as Minister as well as the governor of the oil-rich state, he has the requisite experience to govern the country.

His words,  “For somebody of my kind and record, a governor and a minister, I don’t even see anybody who will tell me that he is much more qualified than me, I don’t think that is possible.

“Assuming today I want to run for the office of the President, what quality do you think I do not have? Why do you think I cannot provide the right leadership for Nigeria to move forward?

“It is not good for anybody to say ‘my aspirant is the best of the aspirants. I don’t think so. All I preach is that people should talk on issues. Nigeria has a problem. If they have given you the opportunity, what are you going to do to make sure that Nigerians benefit?”

Governor Wike also spoke about the activities of the immediate past government in Rivers State, saying when he came into power in 2015, there was no handover note from his predecessor on the true state of affairs in Rivers

Tags 2023: I Don’t Think Anyone Is More Qualified Than Me To Be Nigeria’s President - Wike