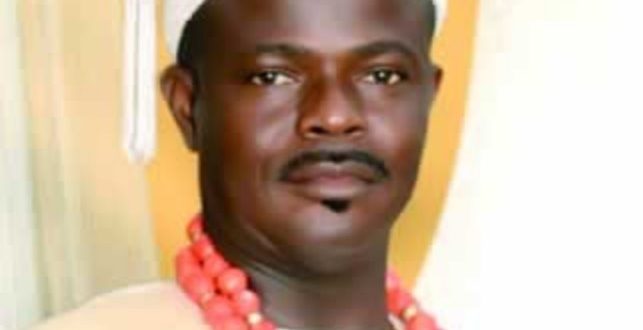 The Olu of Ilaro & Paramount Ruler of Yewaland,  Oba Kehinde Gbadewole Olugbenle has appealed to the people of Ogun West not to despair over the last 2019 governorship election that didn’t favour the area.

The former Chairman, Ogun State Traditional Council was of the opinion that God knows whatever happened during the election, saying, “Yewa time to rule Ogun State shall come in God’s time”

His words: “let me tell you, methinks Yewa has not been able to produced a Governor to govern the state because, it’s not yet time.

“When God says it’s our time to produce the person that will occupy the first position in the state, we will not need to fast, beg or struggle for it.

“I believe the time for a Yewa indigene to govern Ogun state is very near, and such a person will be a listening Governor that will make all of us happy and develop Yewaland and the state beyond our expectations.”

Oba Olugbenle however prayed that, “when that time comes, we will all be in good health to witness, celebrate and enjoy it together”.

The Paramount Ruler of Yewaland however called on Muslims not to relent at praying for the peace and progress of Nigeria.

He pointed out that, prayers of the religious leaders and their followers was the grace that has kept the country together.

The monarch enjoined the Muslim faithful to use the opportunity of Holy month of Ramadan to move closer to Allah and pray for the continue unity of the country.

Speaking further, the Oba Olugbenle urged the people of Ogun State to give the incoming Governor of the state, Prince Dapo Abiodun double of the support given to the out-going Gov. Ibikunle Amosun.

He pointed out that the support enjoyed by the out-going Gov. Amosun’s administration was major reason behind the success of his government, adding that, such support, cooperation and prayers would also be needed by the incoming government to excel.

Kabiyesi commended the Yewa Muslim Community for their continued unflinching supports and prayers to the people and traditional rulers in Ogun West.

“Without being immodest let me use this forum to once again commend the Muslim community in Yewaland for being peaceful and their good relationship with other religions in our land without any rancour or mudslinging.

“Your way of worshing the Almighty God is commendable and deserves emulation by others in the country,” Oba Olugbenle noted.

While expressing his gratitude to the Muslim Community, Oba Olugbenle described the revered Sheikh (Imam) Tajudeen Mustapha-Adewunmi,, Chief Imam of Ilaro Central Mosque as an outstanding Muslim scholar of international repute that always preaching peace and co-existence amongst religions in the area.

Earlier in his lecture at the event, the Chief Imam of Morikas Central Mosque, Ado-Odo, Alhaji Morufu Sulaimon Alaga who admonished Muslims and Christians to continue to live together in peace, described Oba Olugbenle as a humble monarch and leader whom his character and ways of life could be likened to that of Holy Prophet Mohammed.

While calling on Muslims not to relent at praying for the peace and progress of the state and the country at large, Alhaji Sulaimon Alaga urged the people of Yewaland to emulate the good character and humility of Oba Olugbenle and also accorded him the necessary support and cooperation needed to continue to lead them right.

In his vote of thanks, the chairman, Federal Polytechnic Ilaro Muslim Community, Mr. M. A. Yusuf described the Paramount Ruler as a liberal monarch that does not involves in religious descrimination, and someone who has been wonderful in his approach to issues.

Alhaji Yusuf said that Oba Olugbenle’s contributions since he occupied the exalted position has impacted positively on the development of the state and the country at large, praying that May Allah continue to guide and protect him.

Iftar 2019: the 3rd in the series of Oba Olugbenle’s Annual Ramadan Lecture and Breaking of Fast was graced by Obas from Yewa and Ijebu, League of lmams & Alfas from Yewaland, led by Fadilat (Sheik) Al-Imam Sikirulahi Babalola, the Chief lmam of Yewaland.

Royal fathers, Muslim scholars and dignitaries at the event include the Adokun of Igan-Okoto, Oba Mukaila Akanbi Salako,  Alaye of Ayetoro, Oba Azeez Adelakun, Onijale of Ijaleketu, Oba (Dr.) Oyero, the Chairman of Ansar-Ud-Deen Society, Ogun State, Alhaji Muibudeen Allinson & his wife, Seriki Hausawa of llaro, Mallam Musa Lawal and the Area Commander of Police who led other security outfits to the event.

Pictured are some shots taken by the eagle lenses of StarTrend Int’l magazine. Savour them.