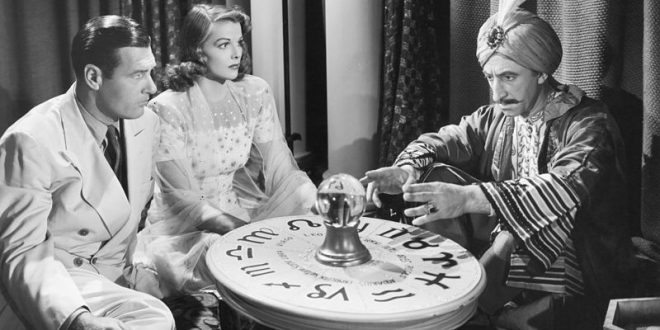 I’m getting a “sell” message from beyond. No, it’s a “buy.” Photographer: Bettmann/Getty Images

2019 Forecast: Predictions Will Be Wrong, Random or Worse

Idowu Hamed December 18, 2018 METROLINE Comments Off on 2019 Forecast: Predictions Will Be Wrong, Random or Worse 80 Views


Every year, the prognosticators come out of hiding. You have to wonder why they bother, given their record.
This is the time of year for annual reckonings and predictions by strategists and analysts, illustrating little more than that they know what pleases their employers and that their powers of prognostication are nonexistent.
And yet, full of bravado and confidence, they explain what stocks to buy, when a recession will come along, what the Federal Reserve is going to do, and when the market is going to tank. (Truth be told, that last one is less of a prediction these days and more a case of real-time reporting.)
These forecasts are, for the most part, exercises in futility.
But first, a reminder: The problem with forecasts goes beyond their mere lack of accuracy. My critique is with the underlying cognitive and philosophical failings that are associated with the entire forecasting industry: a lack of humility, the assumption of a skill set clearly not in evidence, and most damning of all, a failure to recognize the randomness of the world at large. 1
Most insidious are the forecasts designed to separate the suckers from their dollars.
So, in order to remind you why you should be ignoring the 2019 forecasts, let’s consider some of the more egregious predictions of 2018:
Bitcoin: The spectrum of predictions ran from the sublime to the criminally negligent to the utterly insane. It got so bad that a website was set up to track all of the Bitcoin prophesies.
My colleague Nick Maggiulli notes that chaotic systems can’t be predicted, as they are subject to the Three Body Problem (and its variants).
Where did all these people go wrong? When they made a Bitcoin price prediction in the first place.
You CANNOT predict chaotic systems. It’s the Three Body Problem.
Fundstrat’s Tom Lee’s 2018 forecast for $25,000 Bitcoin was reduced last month to $15,000 by year-end. (The cryptocurrency recently traded at about $3,650.) As foolish as that sounds, it was modest compared to the rest of the asylum.
Michael Novogratz forecast that “$40,000 was possible by the end of 2018.” Kay Van-Petersen of Saxo Bank predicted Bitcoin would rise to $50,000 to $100,000 by the end of this year. John McAfee, the eccentric tech entrepreneur, has called for $1 million Bitcoin by 2020. Analogizing crypto to the internet, Tim Draper doubles McAfee, coming in at $2 million.
All of these are notable not just for being wrong, but for their sheer recklessness.
Politics: This year shouldn’t have been that hard to forecast; the party out of power tends to gain in midterm elections. With President Donald Trump’s approval ratings well below 50 percent, a swing in the House of Representatives was not wholly unexpected. Yet we still saw foolish forecasts declaring “America’s Booming Economy Will Smash Democrats in 2018.” Instead, the 40-seat swing was the biggest midterm gain for the Democrats since Watergate.
Others made similarly misguided forecasts. Fortune’s editors wrote “Democrats will have the numbers in the 2018 midterm election, but we predict it won’t be enough for them to take the House.” Nope.
Despite soaring turnout in the primaries, Democrats were also warned that “their voters won’t show up” on Election Day. That was according to Vox in September. Vox also cautioned that younger voters might stay home rather than vote, and that “the Blue Wave was crashing.” As it turned out, the exact opposite occurred.
Gold: Before all the gold bugs migrated to Bitcoin, the precious metal was where they went to make their bad forecasts. Peter Schiff has been forecasting gold at $5,000an ounce since at least 2010, based on his prediction of a huge surge in inflation. (It now trades at about $1,238.) Neither occurred.
Jim Rickards, former general counsel at Long-Term Capital Management, came up with a $10,000 price target. To be fair, he said the same thing would happen by the end of 2017.
Jim Rogers one-upped everybody, declaring in August that “Gold could turn into a bubble.” It hasn’t. But the sun still has another 5 billion years of hydrogen left, so perhaps one day it might.
Markets: Stock forecasts typically come from strategists at bigger firms, covering a modest range from a little too bullish to a little too bearish. Career risk tends to keep equity strategists more circumspect than the Bitcoin and gold crowd. Typically, these forecasts are for continued gains or solid growth, or softness and modest corrections — but that’s before we get to the outliers.
My favorite cranks are way outside that broad range. There are too many to note, but perhaps the most notable offender is former Reagan White House Budget Director David Stockman.
He has been more than perennially bearish — he predicted a market crash in 2012, 2013, 2014, 2015, 2016, 2017, 2018 and 2019. Good rule of thumb: if you make the same call very year, even if it eventually comes true, you get no credit for it.
Even the official guardians of the economy – central banks – do little better.
My advice when you see a forecast: Mark it down on a calendar or reminder program (I use the app Followupthen.com), then come back to it a year later. This lets you review how good or bad it was. It’s a great exercise in accountability.
Most of the time, the results reveal why spending too much time either paying attention to – or making – forecasts is mostly wasted effort.
These are all related to the overconfidence biasso common in investing, combined with the Dunning-Kruger effect.
In 2010, his forecast was for $10,000 gold.
2019 Forecast: Predictions Will Be Wrong Random or Worse# 2018-12-18
Idowu Hamed

Tags 2019 Forecast: Predictions Will Be Wrong Random or Worse# 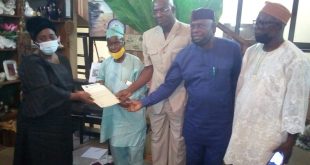