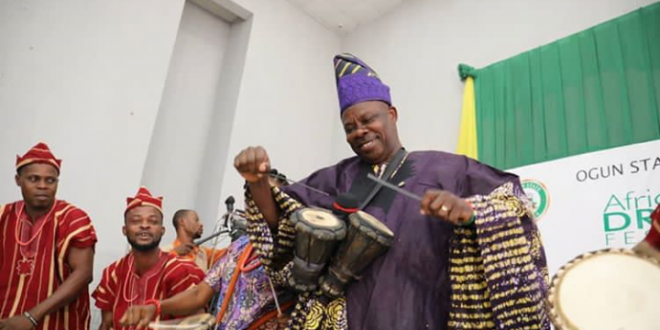 Ogun State Governor, Senator Ibikunle Amosun has said that about 23 African countries, 18 states and 71 independent troupes have confirmed their attendance at this year’s African Drum Festival.

The governor stated this on Tuesday at a press conference to herald the festival scheduled to hold at MITROS Residences in Abeokuta from April 25 to 27.

According to Amosun, the festival is aimed at boosting the economy of the state and reviving its cultural heritage.

He said, “The festival has become a rallying point for Africans from within and in the Diaspora, as well as participants from across the world to explore and propagate our cultural heritage in drums.”

He added, “This year’s edition is enriched with a wider range of contents, further solidifying the festival’s reputation as one of the most revolutionary cultural events in Africa.”

Meanwhile, Amosun has said he will continue to develop the state until the end of his tenure.

Previous How Former Nigerian President, Jonathan, PDP Orchestrated Atiku’s Citizenship Crisis
Next How My Boyfriend Got Me Into Drug Addiction – 26-Year-Old Cocaine Addict