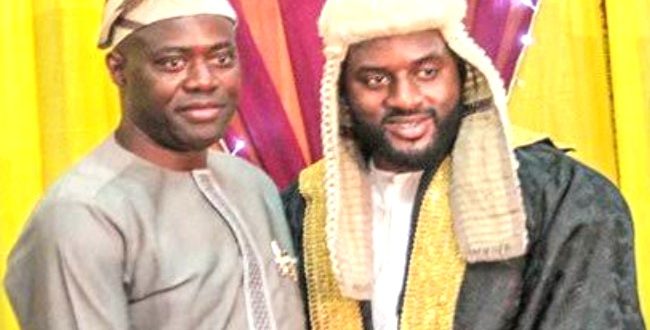 The Governor said the fund was required to enable his administration embark on aggressive construction of classrooms and provision of School furniture with standard facilities to enhance and improve teaching and learning activities in both Primary and Secondary Schools in the State.

The approval was sequel to a letter of request forwarded to the Oyo State House of Assembly by Governor Seyi Makinde and read at the plenary by the Speaker, Hon Adebo Ogundoyin.

The Speaker, Oyo State House of Assembly, Hon Adebo Ogundoyin said the condition of most primary and secondary Schools in the state was worrisome; hence the intervention fund to be accessed by Governor Seyi Makinde will go a long way in addressing infrastructural decay in our schools.

According to the Speaker, the House Committee on Education will embark on comprehensive oversight functions to ensure that the intervention fund is effectively and judiciously utilized.

“I am assuring citizens of the State that we are not only approving the request to access the over one point Five billion naira 2020 FGN-UBEC/OYO SUBEB intervention fund, but we will also thoroughly monitor the spending of the money in order to upgrade facilities in our Schools.

“The three Committees of the whole House which embarked on oversight functions recently to local government across the state came back with unpalatable stories of neglect and deterioration in our primary and secondary Schools ” Oyo State Speaker said.

Earlier, while speaking on the request, the Majority Leader of the House, Hon Sanjo Adedoyin hinted that in some Schools visited during the oversight functions, some students were seen sitting on bare floor without chairs and tables to sit.

In his own remarks, the Chairman House Committee on Education, Hon Oluwafowokanmi Olufemi, Ibadan South West 2 said the decision to access the grant was a welcome development, adding that it was praiseworthy that the State Government had resolved not to miss the opportunity provided by the Federal Government UBEC/SUBEB intervention fund.

Others including Hon Adebayo Babajide (Ibadan North 2) and Hon Isiaka Kazeem (Oyo East/ Oyo West) in their contributions who appealed to the Oyo State Government to ensure every zone benefitted from the grant also charged the Committee on Education to work assiduously in ensuring that the fund is used to improve the level of education in the state.