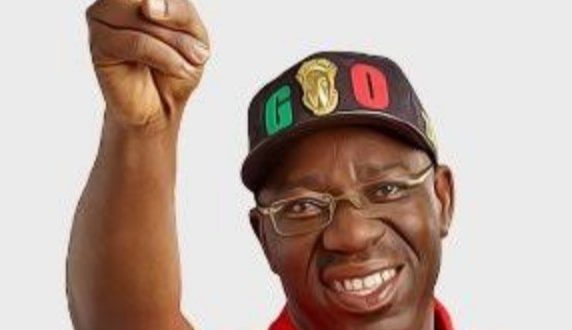 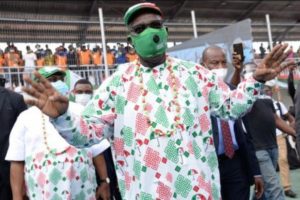 BENIN-CITY – Governor Godwin Obaseki, candidate of the PDP in the coming September 19 governorship election, has been penetrating deep into the hinterlands, rendering account of his first tenure at the Wards and explaining why he deserves a second tenure.

Adopting the incumbency campaign framework, Obaseki highlighted: “During my campaign for re-election as governor at Ward 9 and 10 in Anegbette, Etsako Central Local Government Area, I reiterated my resolve in resisting forces fighting to stop my people-eccentric projects across the state.

“We have built a power plant in Benin City and replicate the same here. Without roads, electricity, and good industries, it will be difficult to develop.

“Our government is all about development and that is what we have done in the last three years and eight months.”

From the governor’s postulation, it would appear that the leading opponent constitutes a force against people-centered project of the incumbent 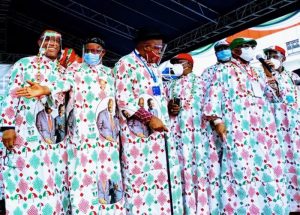 governor. Governor Obaseki made it clear to the people that he has resisted the forces and is focusing on development of Edo State which is the harbinger for better standard of living of the people.

It will be recalled that Oshiomhole and Ize-Iyamu were rejected by traditional rulers in Igueben, Uromi and other kingdoms in Esan Land on Monday, August 10, 2020.

Apparently, the APC campaign squad has been finding it difficult to embark on grassroots campaign, restricting its campaign to state gatherings. The constrains are becoming gradually revealed.

Obaseki’s penetration of the grassroots with ease and friendliness has become a huge shock for the APC after Ize-Iyamu had portrayed. The incumbent Governor as being elitist, and perhaps, does not relate with the grassroots. 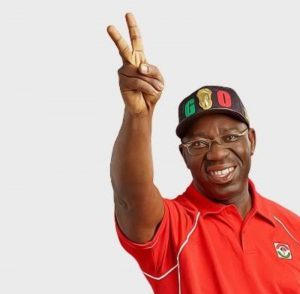 According to the APC governors, Oshiomhole’s actions have suddenly made the Peoples Democratic Party (PDP) become popular in Edo State and impairing the election fortune of Ize-Iymau.

However, Obaseki of Edo State seems to rapidly succeeding in sending early shocker to the All Progressives Congress (APC) as he continued to uproot the former APC national chairman, Adams Oshiomhole, and the party’s governorship candidate, Pastor Osagie Ize-Iyamu, from the grassroots across the various Wards of the state.

This is more so as Obaseki continues to deepen his relationship and affection with traditional rulers at the grassroots.